Hmm. Where did I put that blog? Sure are a lot of cobwebs in here. 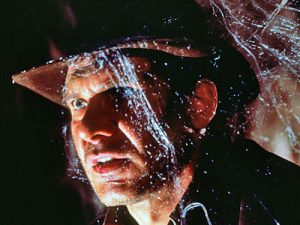 So, three months after going on hiatus to work my way back out of the depression hole, here I am. I hope some of y’all missed me! There were certainly a shitload of spambots who were super interested in this blog a few days ago. Maybe I should invite them to a party.

Anyhoo, we made it through 2016! (Except for all the folks who didn’t. I miss them.) That’s an achievement we should celebrate – it was an awful year for pretty much everyone and we have done well to escape its poisonous gravity. Sure, 2017 looks to be mad, terrifying and surreal, but in different ways, and that has to count for something. What did I do for the last three months?

Am I still depressed?

Does that mean I’ll stop wasting time and do some frickin’ writing like I’m supposed to?

I’m just saying, people aren’t here for the talk about PS4 games. Am I going to get back to writing? 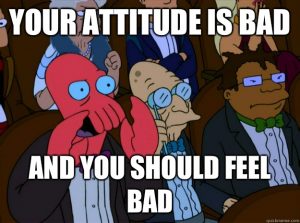 So things are better. They’re not fantastic-amazing-six-figure-contract-and-a-bag-of-cocaine better, but they’re better. And that’s enough.