I kind of hate maps.

This is another one of those things that make me a terrible nerd, like saying I’ve never watched any of the Star Trek TV shows or simply don’t care that much that Ben Affleck’s playing Batman in the next DC movie. Maps are one of those cornerstones of fantasy fiction, worlds sketched out in the opening pages of a book before a story starts, and I think most readers see them as a call to adventure, a sign that discoveries are ahead. But for me it’s always been the opposite; they make me less interested in a story, not more interested.

The late, great and sorely missed Diana Wynne Jones pretty much summed up my issue with maps in her wonderful The Tough Guide to Fantasyland: Examine the Map. It will show most of a continent (and sometimes part of another) with a large number of BAYS, OFFSHORE ISLANDS, an INLAND SEA or so and a sprinkle of TOWNS. There will be scribbly snakes that are probably RIVERS, and names made of CAPITAL LETTERS in curved lines that are not quite upside down. By bending your neck sideways you will be able to see that they say things like “Ca’ea Purt’wydyn” and “Om Ce’falos.” These may be names of COUNTRIES, but since most of the Map is bare it is hard to tell.

These empty inland parts will be sporadically peppered with little molehills, invitingly labeled “Megamort Hills,” “Death Mountains, ”Hurt Range” and such, with a whole line of molehills near the top called “Great Northern Barrier.” Above this will be various warnings of danger. The rest of the Map’s space will be sparingly devoted to little tiny feathers called “Wretched Wood” and “Forest of Doom,” except for one space that appears to be growing minute hairs. This will be tersely labeled “Marshes.”

This is mostly it.

No, wait. If you are lucky, the Map will carry an arrow or compass-heading somewhere in the bit labeled “Outer Ocean” and this will show you which way up to hold it. But you will look in vain for INNS, reststops, or VILLAGES, or even ROADS. No – wait another minute – on closer examination, you will find the empty interior crossed by a few bird tracks. If you peer at these you will see they are (somewhere) labeled “Old Trade Road – Disused” and “Imperial Way – Mostly Long Gone.” Some of these routes appear to lead (or have lead) to small edifices enticingly titled “Ruin,” “Tower of Sorcery,” or “Dark Citadel,” but there is no scale of miles and no way of telling how long you might take on the way to see these places.

In short, the Map is useless, but you are advised to keep consulting it, because it is the only one you will get. And, be warned. If you take this Tour, you are going to have to visit every single place on this Map, whether it is marked or not. This is a Rule.

That last line in particular is what gets me – because what’s the point of putting something on the map if the story doesn’t examine that location? I look at a detailed map in a novel and all the suspense just drains out of the book for me, replaced by a dull expectation of ticking off checklist items. I get exhausted just thinking about the book ahead and its cavalcade of locations, landmarks and polysyllabic place names that I’ll no doubt have to encounter to get to the end.

Of course, that’s a very bottom-up way of thinking about it – that approach (which is how I write) doesn’t fill in detail until it’s needed, so if a detail is there then the implication is that it’s needed and thus will appear in the story. The top-down approach (going back to the discussion earlier this year on tops and bottoms oh my) is to start with the map and the world it depicts, designing all the little bits and pieces that go into it, then write your story around some of those bits, secure in the knowledge that if you need to move further afield to follow the narrative, there’ll be something there to ground the story.

As I do more worldbuilding for Raven’s Blood and think about the locations within and outside Crosswater… no, I’m still a bottom-up writer, and I still don’t really want to develop locations and ideas other than the ones I specifically need for my story. But nonetheless I’ve developed a better appreciation for the humble map, less as a finished piece of work and more as a writing tool I can use to develop a sense of place, character and internal logic for both my setting and my story as a whole. And I’ve started seeing a lot of different ways that tool can be applied – because a map can be a kind of Swiss Army knife of storycrafting, and the way you interact with that map as both reader and writer can really reshape the experience of the narrative.

The time has come for me to draw some maps. I have met the enemy and he is me. And Photoshop.

Anyway, the upshot of all of this is that maps have been on my mind for a while, and I have thoughts and opinions. SO MANY OPINIONS. Too many for one, two or maybe even three blog posts. 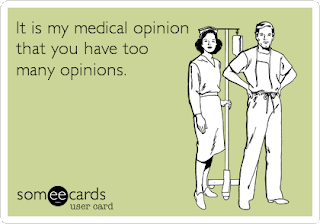 So instead I’m declaring September to be the month of maps here on the old blog, a time when I’ll be looking at maps and how we use them in fiction. And by ‘we’ I mean ‘me’ – I’ll be putting up posts (and maps) about Raven’s Blood, The Obituarist, Arcadia (remember that one?) and some of my gaming projects, looking at how each addresses its map differently and uses it for different purposes. Those will be the Sunday night posts; if I manage to do mid-week posts as well (I’ll try, but my spare time is bleeding away already) then I’ll try to present additional map discussions based around stuff from other writers and around the interwebs. And maybe you folks can also pipe up with some of your thoughts about maps, stories and narrative physicality – whatever the hell that phrase that I just made up means.

A month of maps. Let’s get lost.

One reply on “A month of maps”

This is as good a time as any to repost David Mitchell’s article about his childhood love of maps: