Last week I talked about character agency – that is, characters actively making decisions that propel the narrative – with an example of a story that does that well and a couple that don’t, one of them my own gaming efforts.

But how do stories like those latter ones happen? It’s not like authors/scriptwriters/GMs think ‘man, I’m all fired up to create a story in which the protagonists don’t get to make any meaningful choices that affect the narrative’!

Well, maybe Zack Snyder. I’d believe anything of that guy. Thinking it over this week, I came up with a few reasons why agency might get overlooked or forgotten in a story – hell, they’re reasons why I’ve done that overlooking in the past. (And things I need to look out for while writing Raven’s Bones at the moment.) Let me know if any of these sound familiar, as a writer, reader or viewer.

‘Agency’ is more than just acting, it’s about making choices between options. Run away or fight back. Lady or Tiger. Shit or get off the pot. And often, just like in the real world, those decisions aren’t based on a full understanding of all possibilities, because time is short and data is missing and important people are currently on fire.

All of that is fine. But there’s an information threshold that decisions have to meet in order to be genuine, to be more than just surrendering to random chance. Come in below that point, and the character may as well just flip a coin. This is kind of realistic – it happens to us regular folks all the time – but it’s frustrating and disengaging in real life, and it’s more so in fiction.

We can’t get excited by reading about someone blindfolded in a maze and stumbling randomly about. we get excited when the character peeks through the blindfold, or works out a way to navigate, or changes the rules of the game. We want characters to make a real decision, and that means that character knowing (or at least suspecting) what will happen when they do it.

If decisions drive stories, it’s because the consequences of those decisions determine the outcomes of stories. A meaningful decision disrupts the flow of events, for good or ill, and the story has to take that change on board. And not just the right decisions – bad decisions are as important to character agency as good ones, maybe more so. A story where the reader worries that the characters have decided to do the wrong thing is one where the reader is invested in what’s happening, and that’s a winner.

But it’s too damn easy to write a story that spends lots of time exploring or demonstrating a character but not let them really do anything to change outcomes. The character gets lots of spotlight time and they do a bunch of things, but those actions don’t have consequences that alter the way things are moving – it’s choices about what clothes to wear or which gun to shoot, rather than where to wear those clothes or who to shoot at.

Sometimes this happens in stories where the author loves the character too much to ever let them risk bad outcomes, so they go for no outcome instead. Sometimes it’s about mistaking small decisions for ‘relateable’ decisions, an effort to keep the character grounded but instead just rooting them in place. It also happens A HELL OF A LOT in video games, where player decisions tend to be cosmetic or incidental, while the meaningful decisions get made by the ‘character’ (ie the game designers) during cut scenes.

And why are those decisions taken out of player hands in games? Because the game has a plot in which the next event has to happen, and then the event after that, and that, and that. (Not all video games, obviously, but a lot of them.) You can’t screw up that workshopped plot, and waste all those expensive-to-produce graphics, by letting the player decide not to follow the trail all the way to the end.

It’s easy to rag on games (I just did it!), but any narrative can get overwhelmed by plot, and by the desire to explore and go through with the great set of events, twists and payoffs that you’ve come up with. Plot’s important, and you need to move from A to B to C to Q, and the audience wants that. But if plot happens to characters, rather than something that they make happen, they’re more like a witness or catalyst rather than an active participant. Characters become passive or helpless, following the plot rather than creating it – which makes them seem ineffectual, even if the text says they’re not, and makes it hard for the audience to engage with or identify with them.

The parallel to spending all your time pushing the plot onto the characters is when you spend all your time showcasing the setting of your story or world. And again, I get it. You have all this information you want to share! You have a detailed setting bible and a timeline of the world! You’ve got to show this to the reader somehow, and it’s much better to let the character explore and appreciate the world around them than to just dump a bunch of exposition in the readers’ laps!

All of this is true, and yeah, showcasing the setting is important, especially in stories that take place in totally fictional worlds. It helps make the setting seem real, and many readers want that experience of exploration and glimpsing wonders. But once that setting is displayed, the character needs to do something in or with it, or else what was the point? If the story would have taken the same course whether the protagonist was exploring the Purple Centipede Swamps or exploring a plain white room, then neither the setting or the character’s engagement with it matters.

Give your setting the space it needs – and then let the character take hold of it and effect it. That jolts way more engagement from 99% of readers than ten pages of loving descriptions of giant arthropod mating rituals. 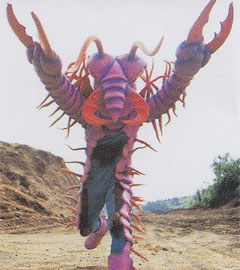 This one’s a bit tricky to unpack, but… horror is a genre that’s all about helplessness, right? So it makes sense that characters are helpless and can’t change things. War stories are all about being part of something bigger than you, so emphasising a character’s lack of impact reinforces the theme. And an exciting chase story isn’t going to work if the characters are always stopping and deliberating on what to do – it’d totally ruin the pacing and feel!

All of these things are true, and this might be the biggest thing that gets between storytellers and character agency. It’s why I stumbled so badly with my DRYH game – it’s a game about horror, weirdness and hallucinatory paranoia, and having characters in control of situations would diminish that.

But there’s a big excluded middle between ‘powerless to effect things’ and ‘tone-destroying competence’, and too many writers (myself included) push things to the wrong end in trying to maintain the feel we want for stories. Instead, we should be looking at ways in characters can be active within the tonal confines of the story – how to present them with decisions that reinforce the desired themes and style, rather than damage them.

How to do that?

Well, I’ve got some ideas, but I’m already 1200 words into this diatribe, so I’ll carry this over for one more week.

Stay excited. And leave comments if you have any thoughts.

YES EVEN IF IT’S BAD