I had a pretty solid plan at the middle of April. Finish the Pathfinder gig, unwind for a couple of weeks watching Netflix, then get solidly stuck into revising Raven’s Blood and catching up on the old blogasaurus.

Then I went to a trampoline centre for a celebratory bounce and sprained my knee less than two minutes later. And that pretty much threw all my plans into a cocked hat, along with much of my anterior cruciate ligament. 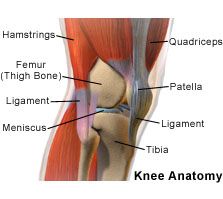 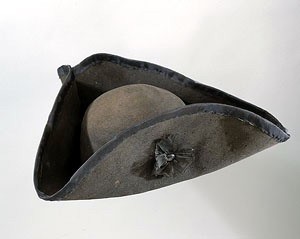 So to remind y’all that I’m still alive, I’d like to call out a few things to remember when you’re writing about pain. Not, like pain of the heart and soul, although maybe that does count, but some stuff to think about when your story involves punching, shooting, getting fingers ripped off or wrecking your knee just by stepping onto a trampoline at the wrong angle I mean jesus christ I didn’t even get to jump on it.

Pain is a symptom of something not working right: You hurt when something in you is broken or damaged, and that damage does more than just hurt. A broken rib means you can’t bend properly; a sprained knee means you can’t walk; hell, a tooth abscess means you can’t chew or maybe talk. If your character is in pain, that’s just the start of the problem; make sure to reflect the actual impairment as well.

Pain is distracting: It’s hard to think when you’re hurting, hard to pay attention to other things, hard to keep track of things. I don’t type with my knee, but it’s been impossible to write or even think about writing for two weeks, because the constant pain overrode everything else in my head. (And made it hard to sit at the desk.) Don’t let your character ignore the pain – not unless you’ve established that that’s a thing they can do, and even then you need to show the effort involved.

Pain is exhausting: Your body puts everything it has into getting you better. Which is great! Except that that doesn’t leave you anything in the tank for the messy business of the entire rest of your life. Suddenly a walk to the shops – hell, a walk up the stairs – drains you and leaves you aching and short of breath. Even writing a simple blog post may wipe you out for the night, he said meaningfully.

Pain begets pain: When one part of you isn’t working right, the rest of the body takes the strain, and the hurt cascades like a train of squishy dominoes. You can’t eat properly because of your bad tooth, so you get stomachaches or maybe ulcers. You can’t stretch properly because of your bad knee, so the back pain you’ve been fighting for months suddenly has a resurgence. When stuff is bad, stuff gets worse of its own accord, because God/fate/biology is just a prick sometimes. Pain can be dealt with, but not for nothing: Hooray for painkillers! They fix everything! I mean, they still leave you in some pain, and they dry your mouth and disrupt your sleep and fog your brain and jumble your memory and make you nauseous and constipated and they cost too much and require doctor visits and don’t let you do your job properly and did I say jumble your memory already? Anyway, they’re magic! And just like magic they’re mostly tricks and blood sacrifice.

Pain is boring: Maybe this is the worst thing about being in pain. It’s fucking dull. It’s annoying. It’s crap and stupid and boring and it stops you from doing anything interesting and you’re left lying on the couch for hours at a time watching reruns and wishing you could become a cyborg. Until it starts to lift, just a little, and you rush out to finally do something after days/weeks/months of frustrated idleness and immediately hurt yourself enough to wind back in front of the TV again.

So, um, some of this is me venting, and I’m sorry.

But some of it is saying that hey, if your hero gets slugged with a mace/uppercut/defenestration ray in Chapter 3, don’t have her cheerfully doing parkour and winning at tournament bridge in Chapter 5 – not unless Chapter 4 is all about her soaking up Amazonian Purple Healing Rays or chugging a six-pack of potions of cure light wounds. Make the pain seem real; make the pain seem shithouse. The reader will understand, because we’ve all ripped the skin off our kneecaps on a concrete driveway on the way to Laser Tag at some time or another.

No? That was just me?

…the hell with you people.