Having said good bye to my day job last Monday, the rest of the week has been relaxing and cruisely. I’ve had lunches with friends, applied for some jobs, attended an interview (fingers crossed), played a bunch of Sleeping Dogs, enjoyed afternoon drinks and generally treated life like a bit of a holiday.

No, I don’t miss my old job; I miss productivity, making an effort and getting things done. I miss structure, more specifically. And that comes as a little bit of a surprise, considering how much time and effort I’ve spent pushing against imposed structures in life and work over the years.

But we don’t know what we’ve got ’til it’s gone, as the sages say, and it turns out that when you give me complete freedom from the productivity machine, I go all floppy, forget to wear trousers and generally don’t get much done. Which isn’t much chop if I want to use this time to get back to work on Raven’s Bones and reach a halfway decent wordcount target before I land myself back on Planet 9-to-5.

In a way, time management and productivity is a lot like creativity – complete freedom isn’t good for you. Creators needs some kinds of limits and boundaries in order to focus their efforts, and a lack of structure just results in a mess. Tell me ‘just write as much as you want about whatever you like’ and I’ll stare at a blank page for weeks, paralysed by formless choice. Tell me that you want 15 000 words of pirate fantasy adventure in two months and I’ll have something started before the email gets cold.

Which seems like a good point to plug my new Pathfinder RPG scenario Curse of the Brine Witch, also known as ’15 000 words of pirate fantasy adventure’.

I gave up RPG writing years ago, but I maintain a soft spot for the Freeport setting; it was the basis for my first real D&D campaign, and years later I was one of three writers that re-developed the setting in the Pirate’s Guide to Freeport. So when the guys at Green Ronin asked me to contribute to the Return to Freeport adventure path project – hell, to write the first adventure in the series – how could I say no? Writing this was a lot of fun – a chance to mix horror and fantasy ideas into something that’s hopefully enjoyable to play through. It has half-genie pirates, mysterious curses, red herrings, street battles, spooooooooooky mini-dungeons and some tongue-in-cheek subheadings. (I love subheadings; like I said, structure matters.) The tricky part was the rules stuff, because my head is calibrated to 4th Edition these days rather than 3.5/Pathfinder, but I think it all came together (and Owen Stephens developed it, so it’s bound to make sense).

Anyhoo, if any of the above is intelligible to you, and you like rolling dice and pretending to punch monsters in the face, check out the adventure – and hopefully stay around for the rest of the series, which has work from gaming luminaries like Crystal Frasier, Jody Macgregor and John Rogers.

So I hope we all had fun with that little aside.

But if I just wanted to plug my gaming work, or whinge about the week-that-was, I’d have stayed on LiveJournal. Let’s talk about solutions. If I need structure in my writing life to keep me tethered and fully dressed, what are some options?

First up is making a plan for the week, something that has specific tasks, goals and milestones. Some of this are things like ‘do the shopping’ and ‘walk the dog for like the fifth time today’, sure, but others are ‘finish the chapter’, ‘revise the outline’and ‘write 1000 words before running off to play Netrunner‘. I also asked two of the most organised and focused dudes I know, Peter Ball and Kevin Powe, for some recommendations for get-your-shit-together books; I’ve got their list and will report back on whether any of the suggested reading transforms my efficiency.

Most of all, I’m trying to treat the week like work, rather than an extended weekend, and to keep the pottering, dithering, procrastinating and pantlessness to a minimum, just as if Iwas in the machine and someone was paying me to pump the controls. Because without that kind of structure, my ideas, my productivity, my work and my trousers will just fly off in all directions. 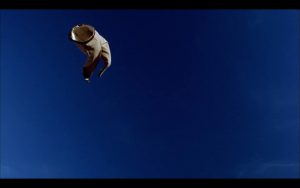 And I don’t need that. Not in this weather.

I’ll check back next week and let you know how it’s going.