It’s been ages since I talked about the craft of writing, isn’t it? For months it’s all been about publishing and reading habits and how I’m slaving away on The Obituarist – due out next week, fingers crossed! – and no discussion of the nuts and bolts of writing.

I like talking about that stuff, and I hope other people like reading about it, so I’m going to make an effort to counterbalance the relentless self-promotion and introspective musings with some more thinking about the components of writing. Starting today.

(I’ll also make more of an effort to get back into the Thursday-Sunday posting schedule. It’s been a busy month.)

So, adverbs – threat or menace?

It’s accepted writing dogma that adverbs are generally not very good things, weak tools that seek to lend colour and detail to actions but instead leave text flabby and flaccid. Strong verbs are the way to go, y’all, strong verbs and vivid dialogue that show rather than tell and illustrate the characters and their actions. 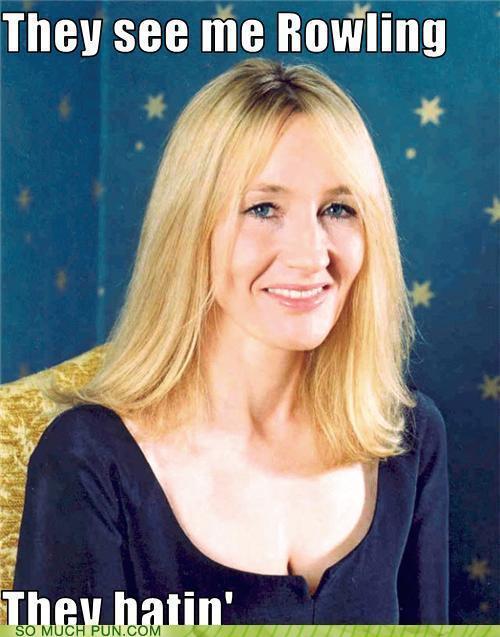 And I pretty much agree with all of that. Adverbs definitely tend to be a hallmark of bad writing, and little turns me off a text like a string of qualifiers, especially in dialogue – the one page of a Harry Potter novel I read had an adverb after every single instance of ‘he/she said’ and I put that book down and never came back to it. Because I’m fucking hardcore, yeah.

But working on The Obituarist, which uses a more direct, conversational voice than something like Hotel Flamingo, has led me to draw upon the dreaded adverbs more than I normally would. And as I’m working through revisions and my editor’s notes, looking for things to cut, I find I’m leaving some of them in there because they serve a purpose; they do something right.

So what are the benefits of throwing an adverb into the mix rather than a verb whose mighty biceps bulge like pregnant anacondas? Well, here are a few.

Here’s the thing about ‘show, don’t tell’ – it takes more wordcount to show. And while usually you go fuck it, pile those letters on, sometimes you want to control the length of a story, maybe for a competition or because you set yourself an artificial threshold for your novella and its tiny little chapters. So you look ways to show without being boring about it, and if you want to pack data into the smallest possible space, adverbs can make a real difference. I could spend 100 words showing you how outrage and food poisoning combine to drive a character’s actions and interactions, or I can say ‘he vomited angrily on her shoes’ and let two words convey pretty much the same information. Which is tempting, ‘cos I’m tired. And on that note…

They make the reader do the heavy lifting

God, readers are lazy fuckers sometimes. They’re all like MAKE ME A MOVIE THAT PLAYS OUT IN MY HEAD MISTER WRITER MAN when all I want to do is drink stout and go to sleep. Make your own goddamn movie, or at least help me out with the soundtrack and special effects. Adverbs are the director’s tools rather than the scriptwriter’s, and used properly they direct the reader to put their own spin on an action, to visualise it in a way that makes sense to them. And if different readers play that out different ways in their mind’s eyes, that’s a good thing. Everyone gets a different movie! And if you end up watching Catwoman that’s your fault, not mine.

I kind of have a stick up my arse about strictly following POV – if a book or scene is seen through one character’s perspective (be it 1st or 3rd person), then by Christ it stays wedded to that perspective and never looks inside someone else’s skull or I WILL CUT YOU. Or at least mentally edit your work. Adverbs push meaning to the surface by tying it not just to characters’ actions, but to an external assessment of those actions made by the POV character. Don’t tell me that character #2 is upset, tell me how character #1 interprets her actions as ‘visibly struggling’; that keeps me centred in the right place. And hey, if the POV character turns out to be wrong about those interpretations, that just means the narrator didn’t realise they were unreliable – that’s right, mofos, adverbs be postmodern n’ shit.

When verbs can’t do it alone

‘He ran half-heartedly after her’ is something very different from ‘he walked/jogged/ambled/macarenaed after her’ because it adds an emotional component to the physical, it adds meaning to the movement; it throws the verb into a whole new light that makes you interpret it completely differently. If we were German we’d probably have a word that means exactly this, and it would be a little bit creepy that it happened often enough to be hardwired into our language, but instead we speak English and we have a vast buzzing swarm of qualifiers that allow us to undercut, deconstruct or completely reverse the meaning of our verbs in exciting and unpredicable ways.

To be honest I tend to slap adverbs onto adjectives more than I do verbs. Probably because adjectives annoy me; they just sit there, static, defining a noun that isn’t in motion. Verbs are more exciting, and adding an adverb to an adjective implies a verb that just happened or could happen or that got us to the point where we’re looking at this noun now. Smell the excitement. I especially like incongruous pairings like ‘suddenly-moist’, ‘brazenly chaste’ or ‘grotesquely beautiful’ that set the reader a puzzle they have to pull apart to understand and that cause me to ignore the standard rule that you don’t stick a hyphen after an ‘-ly’ qualifier.

Having said all that, I’m still pretty harsh on adverbs. If all they do is emphasise things – like the ‘pretty’ in that last sentence, or the dozens that litter this post – then they’re up for culling in any MS I edit (and should be in any I write, if I’m disciplined, which I ain’t). But by giving writers a way to recontextualise actions and details, by making stories something that needs a little more thought to unpack, they have can have real power. We can only pray that we use that power wisely SEE WHAT I DID THERE.

…man, I really have to get out of this sudden all-caps habit.

So anyway, what are your thoughts on adverbs? Devil’s tools or wordage of the gods? And would you like to see more posts like this, or should I focus more on rants and relentless self-promotion? (There’ll be more of that next week, never fear.) Leave a comment or six and let me know.

3 replies on “Defending the indefensible – let’s talk about adverbs”

Generally I’m pretty sure that I whole-heartedly embrace the adverb. I reluctantly admit that they’re occasionally overused, but I staunchly defend my right to wantonly pepper text with them. Your post has made me glumly reflect on the frightening notion that this may absolutely make me a fucking terrible writer, but I simply defiantly lift my chin and determinedly scribble on regardless.

In a perfect world you’d just die of shame.