Let’s start tonight by casting our minds back to last weekend’s post, where I said some things about extrapolation, imagination and the way in which I struggle to understand how other people can see a book/movie/text as ‘real’ (or perhaps ‘choose to treat as if it were real’, which is longwinded but perhaps more accurate).

Anyway, let’s move on and see if we – okay, if I – can marshal some of those muddy points and turn them into a useful blog post this time around.

Okay, so some readers (e.g. me) look at a book solely as a crafted text, a mass of words that creates an interesting effect; many other readers (e.g. most normal people) look at a book as a window into an imagined world that can be treated as if it were real. And that’s cool; neither approach is the ‘wrong’ way to read a narrative, and nor are any others, except perhaps for those people who spread jam on the pages and eat books like toast.

Can a book appeal to both these kinds of readers? Well, sure – pretty much every successful book does. Can you try to keep both kinds of reader in mind when writing? Yeah, and here are a few ideas on how to do that. They’re standard writing principles that everyone talks about, but I think there’s benefit in getting them all in one place and talking about why you want to apply them.

Put it on the page

If there’s something in your head about your story, your characters, your theme or anything else that matters, the best place for it is written down on the page for everyone to see. It might be obvious, it might be subtle, it might be text or subtext or metatext, but the best way to get it from your head into that of your reader is to give it to them embedded in the narrative they’re reading. You can’t be sure that they’ll read your afterwords, your indicia, your RPG sourcebook or your mind; you can be sure that the people that read your book read your book.

If it matters, include it in the text. If you don’t feel right about including it there, ask yourself why. Is there a way to bundle that idea up into your narrative without making it either totally invisible or dumping it in a steaming pile of exposition? If yes, then do that. If not, then have a think about why that idea matters to you, and whether it matters to your story and reader or just to your idea of your story and reader.

The reason readers imagine your story as a glimpse of another world is (probably) because they want to – because they feel an emotional and intellectual engagement with not just your book but your ideas and they want to keep exploring those ideas over and over again.

How do you make them love your ideas? Well, yeah, good writing, but you want to write the best book you can no matter what. And people like me will just engage with your craft, but other readers need more than that. They need characters they give a damn about, dropped into situations that put them in peril, fighting for rewards that stir the minds and emotions of reader and creation alike. They need to want that world to be real, even in just one awesome-filled pocket of their imagination, even just for a little while. Characters that love and fear and hurt and need, in a setting with equal parts beauty and terror; that makes people care. Hell, that sounds goddamn boss even to me.

The reverse of the put-it-on-the-page principle is that you don’t have to spell everything out, and that sometimes it’s best if you don’t. Nature abhors a vacuum and so does a reader, and what rushes in from our brains is not oxygen (oh thank god) but imagination. You need to give people something to work with, of course, but if you leave blank space carefully bounded by defined concepts and foundations, it’s human nature to take that canvas and fill it with our own ideas of what your ideas might be. 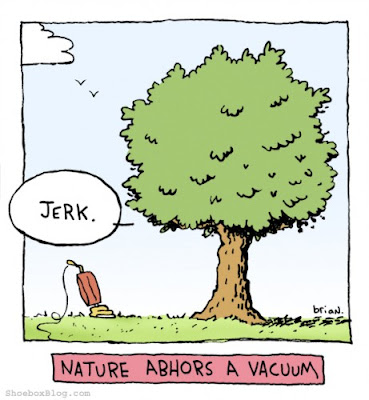 This sounds like it clashes with the first point, but it really doesn’t. If it’s important to you that every reader takes on board an idea the same way, include it in your narrative, be it the nature of magic or how your hero grooms his goatee. Lock that shit down. On the other hand, if you want every reader to have their own idea about the way the polar barbarians train their terrible war-penguins, just sketch the barest of essentials. Every bit of fan art you get will look totally different, but every artist will have bent their imagination to those bloody beaks because they wanted to fill the gap their own, with their own version of right. The one they cared about.

Be deliberate in your ambiguity

All of this ruckus kicked off from a death scene in Sherlock Holmes that no-one liked but that some viewers saw as ambiguous. Ambiguity is imagination fuel; ideas spill out like brain glue from your audience to fill up any fascinating little gaps in your narrative, even if those gaps are actually full in the first place. Lay down a couple of mysteries, or just a scene that could be interpreted in a couple of ways, and give the audience just enough clues to let them know that you didn’t give them enough clues, and they will take it and run with it and love the work that little bit more.

But that’s if you do it on purpose. The thing you need to avoid is accidental ambiguity – of not giving the audience enough clues simply because you didn’t think of enough clues, or because they don’t make sense, or because you just didn’t describe the scene properly and there’s not enough definition penning in the blankness. Accidental ambiguity is pretty much another way of saying ‘sloppy writing’, and it leaves the audience confused and annoyed rather than intrigued and theory-spinning. Don’t do that; play coy rather than play dumb.

It’s kind of strange to say it baldly, but it’s true – not every story has to ‘make sense’. My favourite fantasy writer is Jorge Luis Borges, who never cared too much about the ‘reality’ of his stories. His work was more about imagery and resonance than about evoking a sense of describing a genuine place or state of affairs. If you read ‘The Library of Babel’ and wonder where the hermit librarians in their infinite expanse of full shelves and gibberish books get their food from, you’ve missed the point. It’s a story about knowledge, infinity and the need to search for meaning in the universe no matter how futile; it’s not a story about a place or situation that you could visit. And that’s what makes it awesome.

If your idea is awesome but doesn’t make sense, decide if you actually want it to make sense. If you do, well, you need to work on it some more and maybe file some of the fractally incoherent edges off that thoughtshape. If you don’t, write that fucker. I’ll read it. I promise.

…anyone offended by any of that? God, I hope not.

Got more ideas? Thought of a principle I should have developed but didn’t because this post is already 1500 words long? Leave comments! Talk to me! I’m slowly going back and responding to comments on last weekend’s post, so say something here and I promise to reply before the stars grow cold and dark.

Well. Most of the stars, anyway.