As we all know, I’m a big ol’ nerd (you knew that, right?) as well as a sporadic and undisciplined writer. In the past I’ve blogged – oh man, it was almost 18 months ago – about particular roleplaying games that writers could get useful ideas and inspiration from.

Well, it’s that time again – but this time I want to talk about one game. Which is also an entire family of unrelated games from different creators and companies. And it’s a collection of games that presents a really powerful set of story-creation tools that are just as useful for prose as for punching mutants.

That game is Apocalypse World, created by Vincent Baker, which went on to spawn dozens of ‘Powered by the Apocalypse’ games. 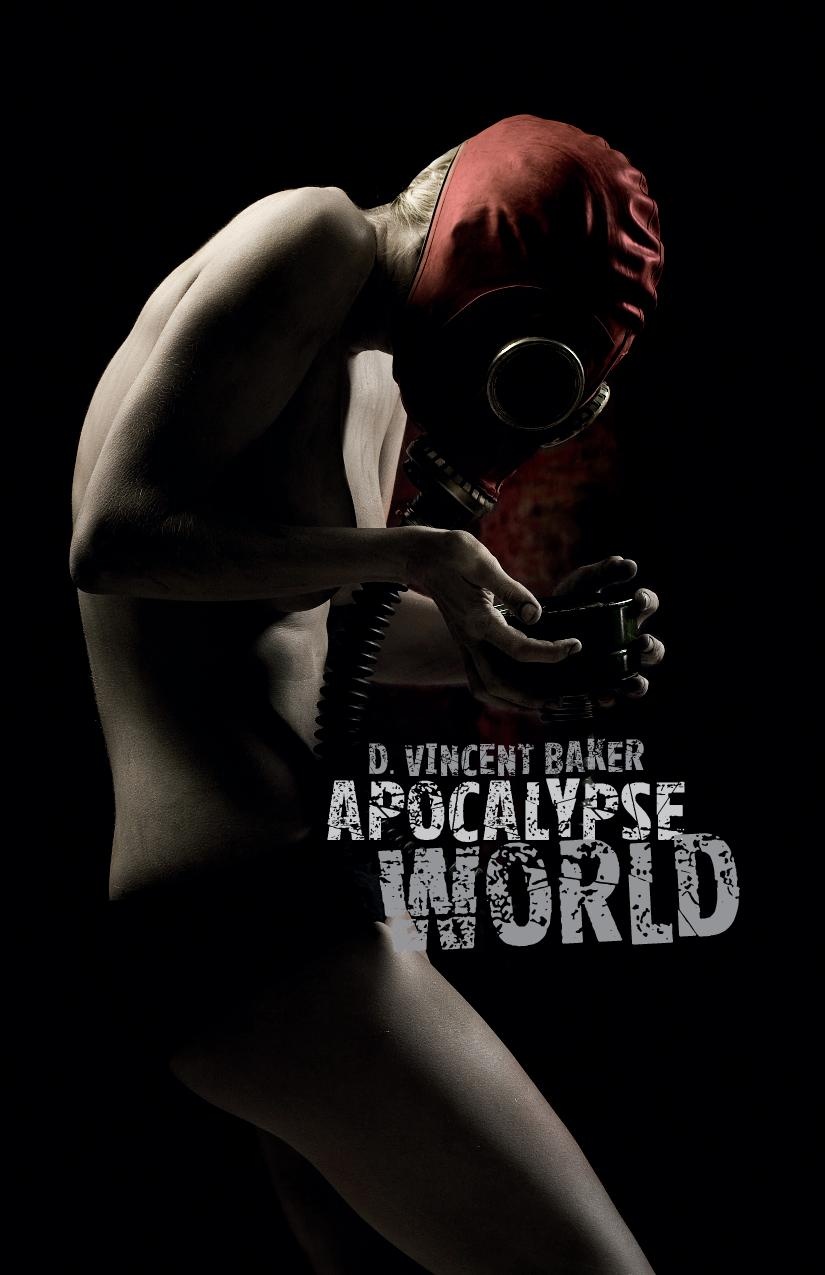 These games share a lot of the same core mechanics and systems, but that’s not what I’m interested in talking about. Instead, I want to look at the specific set of GMing tools the games also share. The GM (generally) never rolls dice in PbtA games, but they also don’t just make up results on a whim. Instead, there are non-mechanical story-creation imperatives that the GM uses to make decisions and determine outcomes – imperatives that can also be applied for writing fiction.

Your creative agendas in a PbtA game are the big-picture ideas you keep in mind during the whole process – from setting up the campaign and coming up with story ideas to setting every scene and winding up every session. As Dungeon World puts it, these are ‘the things you aim to do at all times’. In that game, which is heroic fantasy in the D&D mold, the agenda is: 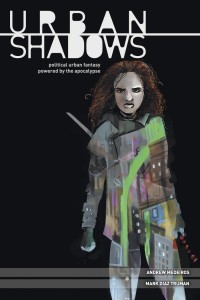 Meanwhile, in the political urban fantasy game Urban Shadows, the agenda is:

(‘Play to find out what happens’ is a key rule in PbtA games; it’s an admonition against scripting or pre-planning, in favour of setting up situations and seeing how they shake out. Which is great fun for gaming, but less relevant to writing. Mostly.)

When writing fiction, you need to keep a similar agenda in mind – the high-concept knot of tone, theme, story, setting and character that makes your story work. In some ways it just boils down to ‘Create an interesting setting and populate it with interesting characters who have interesting lives’ (where the value of ‘interesting’ depends on a variety of genre, theme and tone markers, plus your own unique takes).

That seems really obvious – and it is. But really obvious things are worth remembering, because sometimes they fade into background noise and get lost. When a story slows down or stops moving, when characters become comfortable and stop changing, when world details stop being colourful and just become sensible – that’s when you need to come back to that agenda and remind yourself of the fundamental goals.

Running a game is all about coming up with ideas, and principles are the criteria you use to weigh up ideas and see if they fit. When running a PbtA game, the GM is responsible for setting and starting the majority of scenes; their principles are the guidelines they consult to see if those scenes are right for this game.

tremulus is a PtbA game about Lovecraftian horror, and its principles are guides like:

Meanwhile, the remarkably awesome World Wide Wrestling game has principles that include: 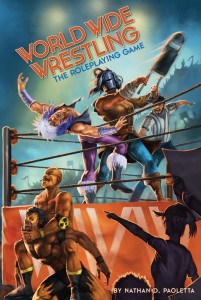 Fundamentally, then, principles are the tools that help you distinguish between different games – that let you say ‘this is a horror scene, this is a wrestling scene’ and have that be more that just talking about set dressing.

While agendas are big-picture, principles are middle-picture; they’re the elements of theme and tone that establish your story in its genre while also acting as its unique points of difference. When you’re writing your story, you need to ask yourself every now and then: ‘Does this fit? Is this right for my world, my characters, my tone?’ Because sometimes we get that great idea that we try to fit it, but it won’t line up with everything else, and we waste time and energy until finally giving up on it. Keeping principles close to mind/hand won’t stop those ideas coming, but might help you get past them and stay on thematic track.

Finally, moves are the actions and outcomes the GM takes within scenes – the tools they use to decide what happens when the player rolls badly, or looks across the table for an idea of where things are going. Principles are set-up; moves are follow-through.

Night Witches is a historical game about female Polish bomber pilots in WWII (and it’s amazing). Its moves include:

While in the superhero adventures of Worlds in Peril, some GM moves are:

There’s crossover there, of course, because moves are dramatic turns and progressions in the story, and things like ‘change location’ makes sense in any dramatic story. But the spin you put on each move, in accordance with agenda and principle, makes the difference, as do the unique moves for each games. For a story about defying gender roles, putting gender front and centre underlines the entire thing, while supers stories are full of ‘these aliens were actually being controlled by Dr Doom all along!’ type twists.

When you’re writing, moves are… do I even need to explain it? These are the little-picture building blocks of plot and character; the things that keep stories moving, twisting and changing. Agendas shape; principles guide; moves act. Moves are what makes stories go.

So what do I do with these?

No, I’m not. But I’m not saying you shouldn’t do those things either.

What I think is that it can be worth thinking about what makes your story your story. What’s the point of your story? What are the themes? What’s the tone? What kind of characters fit into it, and what kind of things could happen to them? It can be easy to think of what doesn’t work – hmm, maybe I won’t put an extended car-chase and bloody shootout into my Regency romance – but we don’t always articulate and define the story-space that we do want to work in. Thinking about agendas, principles and moves – purpose, themes, story elements – ahead of time can help with that, and so can writing them down and sticking them above your desk if you’re that way inclined.

I’m trying out the wall-sticking route at the moment. And trying to define my story-space before I get too deep into it. It might work, it might not, but it’s worth a shot.

If you want to take a closer look at a game that’s Powered by the Apocalypse – well, I reckon that’s an excellent idea. You might get a stronger grasp on these concepts than you can from my ramblings – and even better, you might find a game you want to play.

The obvious choice is Apocalypse World itself, especially as the Kickstarter campaign for the 2nd edition just went live this week (and helped prompt this blog post). That said, it’s not the game I’d recommend – partly because you won’t be able to get the finished game until September, partly because I find Vincent Baker’s authorial voice incredibly irritating. (He’s a great designer, but I have to push myself to read his work because it pisses me off so often.)

Fortunately, there’s a massive family of PbtA games that build on Baker’s ideas with their own voices and visions. Not all of them are great, let’s be honest, but the best of them are brilliant. The standouts include: 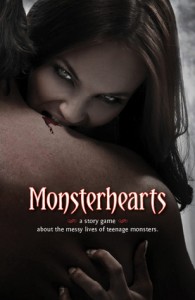 Plus a bunch of others that are really good. Look around. You’ll find something.

Does this mean the long blog drought of 2015/16 has finally broken?