I meant to do more, I really did.

But at least I can finish the year with a commemorative blog post.

Ring out the Old

2012 was a pretty good year for me in a lot of ways. I got to speak/get involved with Continuum and the Emerging Writers Festival, I was able to provide advice and help to a few groups of writers on e-publishing, I got promoted at work and I went to Fiji with my wife. I wrote some half-dozen short stories. I reached 600 Twitter followers – that gets me some kind of award, right?

And, of course, it was the year of The Obituarist, which I published back in May. I was really happy with the way the novella turned out, the various places I got to go talk about it and the critical reception it received. Pretty much everyone who read it liked it, and that’s the fundamental aim for me and pretty much any writer.

But that critical reception hasn’t really turned into commercial success. As of today I’ve sold 135 copies of The Obituarist in its various forms, and gained about $230 in royalties, which means I’m still about $100 in the red from editing, design and marketing costs. While I was never under any illusions as to this book being a smash hit or making me rich, I can’t deny that I wish it had done better and that it was finding a wider audience. That may still happen, sure, but it’s a bit disheartening nonetheless. And that has, in turned, sapped away some of my energy and enthusiasm for the next project, Raven’s Blood, and left me dragging my heels through the manuscript. It’s a book that I think could appeal to a lot of readers, but if I have no more luck at finding them this time, is there a point in writing it?

…yes. Yes there is. There always is.

Any way you slice it, the good things about 2012 outweigh this one less-than-good bit. So rather than whinge about not being appreciated, I’m going to do what I can to break through that malaise, pull my finger out and generally get cracking on this book – and then come up with new ideas for getting the finished version in front of people.

Which is where next year comes in.

Ring in the New 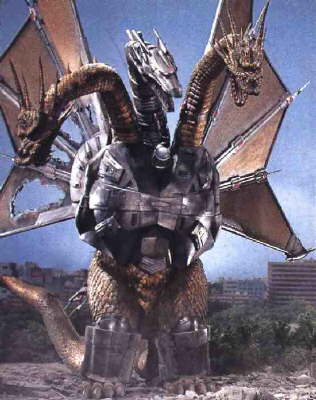 Since the Mecha-Oxlahuntiku did not in fact emerge from the long-buried Mayan Apocalypse Ziggurats to lay the world to waste during their kaiju ulama league games, we all now have to face the daunting prospect of doing something with our lives for the next 12 months (or even longer). And traditionally, we celebrate the New Year by acknowledging this and then resolving to do specific things.

The thing is, New Year’s Resolutions are bullshit, a way of setting vague goals that we’re then allowed to give up on a few weeks later because everyone else does. Couching your goals as ‘resolutions’ is just writing a ticket to failure.

Instead, decide on things you want to do – not feel you should do, want to do – and put the work into achieving them. Action, not resolution (which is probably a good tip for plotting as well).

So as this is a writing blog and the majority of the few readers are writers of some stripe, I’m laying down some goals for you to think about and take on board, just as I’m doing myself.

Now, if you’ll pardon me, I gotta go get ready for a party.

See you on the flipside. I shall do all of these thing. In fact I’m currently editing/critiquing Matthew Bernnardo’s (what? How did THAT happen?!) work so there’s a great start.
Also I told my boyfriend to get off his writer’s arse so I can sleep with him. 🙂