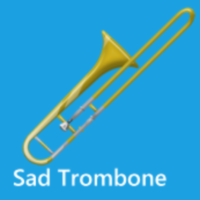 2 replies on “Everything I did wrong and more besides”

I think you’ve got a pretty solid brand already, though I’m not saying the Ellis face-scalping thing couldn’t work for you.

I’m not in the trenches of self-publishing, just watching from the periphery, but from what I can see the only factor that you have any significant control over is volume.

(Also making sure that what you write isn’t unmitigated garbage, but you’ve got that one covered.)

More books means more chances that one of them will catch some attention and take off (in more or less the same way that buying lottery tickets more often technically improves your chances of becoming a sudden millionaire). The stellar success stories all seem to have gotten there more or less by voodoo, but the solid career-building e-midlisters all seem to be capable of cranking out a new title every four or five months.

(My novel just hit the three year mark and it’s at least two more major edits away from the point where I would dare mention it in the presence of a publisher and/or consider slapping a dot-epub on the end of it. So I’m maybe not quite there yet).

FWIW the first chapter of Raven’s Blood you posted up was as good as anything I’ve seen in the YA fantasy space, either pro- or self-published. You can never tell what’s going to take off, once it’s out there.

(You know at this point I am going to be bitterly disappointed if that’s not the real subtitle of Obituarist 2, right?)

[…] 2. You’ve been upfront about the financial reality of your self-publishing efforts, but you seem to maintain your enthusiasm with, for example, plans […]