Folks, I have something to show you, and I AM EXCITE

But first, some context.

For as long as I’ve known him, Cam Rogers‘ writing workspace has been the centre of a visual explosion, his walls bedecked with artwork, quotes, photos, magazine covers, nightclub flyers… a whirlwind of hooks and homes for the eye. When I visited him in Helsinki last year I asked about it, and he told me that they’re less about inspiration and more about confirmation – that when he sits down and looks at that space, those images and ideas that speak to him, they engage him and tell him that it’s time to write, time to re-enter the world in his head that those sights inhabit.

I thought about this when I got back from Europe, and also about what Kevin Powe – yeah, I’m just name-dropping my inspirational friends tonight, so sue me – did with the animation series he’s developing, Altered, where he commissioned a separate artist to create images of the major characters well before things got to the production stage, so that he has a visual touchstone to guide and propel his own work and keep him engaged.

So with these things on my mind, I got in touch with an artist and commissioned them to do some artwork of the Ghost Raven, one of the two major characters from Raven’s Blood – to create something I could put next to my computer, to look at every night and pull me back into Crosswater and into that story. Sadly that commission didn’t work out, and I forged ahead and finished the book without that visual push.

But recently I contacted another artist, Stacey Richmond, and commissioned her to work on a piece. It arrived at the start of last week, and holy hell y’all it is amazing. 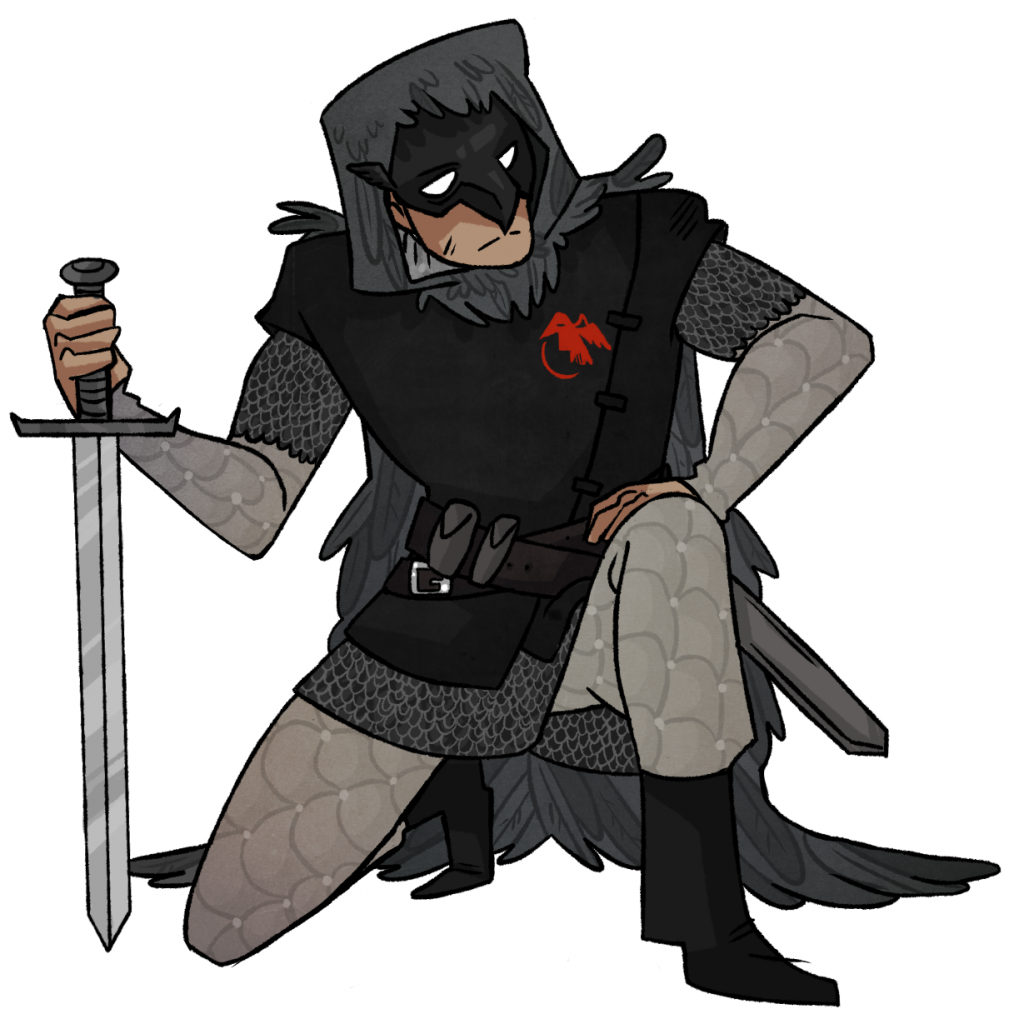 Stacey worked directly from a manuscript extract to create this, and it’s pretty much perfect. There are a couple of details that aren’t quite what I imagined, but you know what? I like them better than I like what I’d imagined. I look at this and I want to read this guy’s story – more than that, I want to write his story, even knowing that he… actually, never mind, you can wait to find out that part.

That’s the point of this post, rather than just boasting about the beautiful thing I got – although I’m doing that too. It’s about engagement, about being drawn into just into your story but into your writing, your work itself – it’s about roadmaps and signposts that guide you into the headspace where you need to be. There are lots of reasons why it took me two years to write this foundation draft, but a lot of it comes back to engagement, or a lack thereof. Would I have written the book faster with this glued to my office wall? I think I might.

We all need something to keep us in the zone. Maybe you’ve got that inside you, and good on you if you do – but if you don’t, think about the benefits of some focusing art in your workspace. Images can be your touchstones, your motivators – the pictures that launch a thousand words. I want to do more with those visual spurs that keep me focused, especially once I start revising Raven’s Blood in July.

What will you use? Let me know in the comments.

Also holy crap Stacey did me a second picture OMG: 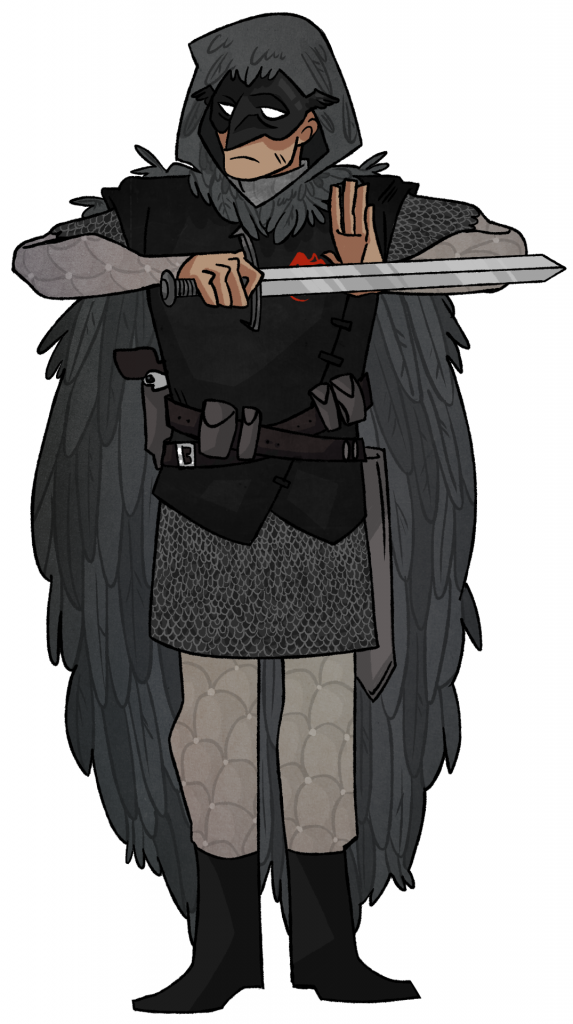 And if you’re wondering whether you should commission your own art from Stacey – yes, yes you should. But not before I get her to do some pictures of Kember, my heroine. HANDS OFF.

I guess I’m lucky in that I draw and write. I ALWAYS scribble a draft picture of the protagonist when I first get the idea for a story. It helps me view them in their real world and without that image I am less inclined to write about them. So a solid thumbs up for that idea. And yes, Stacey’s work is amazing!! Seeing someone else draw your characters is even better than doing it yourself.

I have nothing to add to that but my compliments both for the idea and the very cool artwork.

And to note that I just got to the bit where GR enters the story and quietly lost my sh- had the appropriate emotional reaction.

Ghost Raven looks BADASS. I can’t wait to delve into that world as a reader! Looking forward to seeing Kember realised too!