So what’s up man?

Chillin’ chillin’? Yo you know I had to call, you know why right?

To reprise the opening lines from the Wu-Tang Clan’s classic track ‘Protect Ya Neck’? 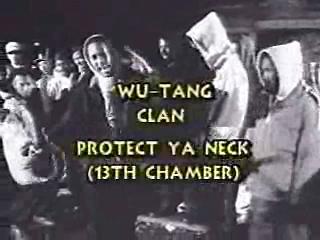 Well, yes, but also to see how the writing’s going. Are you doing it? The big push to finish Raven’s Blood?

Thanks. I’m not 100% happy with the level of polish, but I gotta put that aside for the moment. That’s what later drafts are for.

How much do you have left to do?

And you’ve got 17 days until the end of April? That sounds doable if you work a little bit harder, do a thousand words a day.

I hope so. I’m trying to wrap it up by the 28th so I can give the finished MS to my wife as a birthday present.

It was her idea, okay?

Fine, whatever. Still, you should be able to make it if you stay focused.

Yeah. ‘If”. Assuming I don’t lose any time to distractions.

I thought you were working hard at this!

I am! But hey, it’s Comedy Festival season, you know?

Yep – Ben McKenzie, Laura Davis and Justin Hamilton all have terrific shows this year. You should go see them next week before the Festival finishes.

I’ll try, but as a figment of your imagination I find it tricky to get out on my own. But that’s been your only distraction, right? Right?

…I might have gone to see Captain America: The Winter Soldier.

Come on, this surely comes as no real surprise to anyone. And I worked on the book before and after!

Fine, fine. Was it any good?

Oh yeah, it’s terrific. A top-notch superhero movie with great performances and a solid thriller aesthetic. And Batroc the Leaper!

Well, he doesn’t do much leaping, or any savate. Still cool, though. Best Marvel Studios/Avengers-family movie so far – top of the rankings list! Yep. The official ranking is:

Hmm. Interesting. Official in what sense?

In the sense that it’s my bloody blog.

Jeez, fine, settle down. But that’s it, right? Knuckling down from this point?

Definitely. Largely. Probably. Okay, look, I’m going to lose some time to shows and gaming and day job stuff, but that’s the way it goes. Nobody gets to just lock themselves in the writing box and only come out when it’s done, okay? Not unless they live in a shack in the woods, peeing into bottles and working on a manifesto. Life has its own demands, and you have to roll with them rather than beating yourself up for being human. The important thing is to work as hard and effectively as you can, when you can, and keep the deadline in mind. It’s like the inverse of Parkinson’s Law, you know? ‘Work expands so as to fill the time available for its completion.’ So if you have a set amount of time available to work, your work level will rise to make use of it.

Is talking to yourself on your blog one of the ways you’re expanding to fill the time available to you?

It’s this or talking to the dog.

I probably would have done that. He’s less critical than I am. 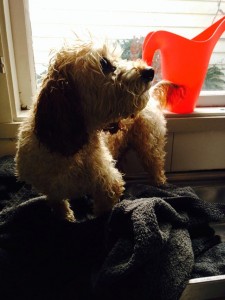