Hey folks – first, an apology for running so late and slow on blog posts right now. Turns out that when you’re writing about the way someone else tells stories, you need to do your research – which, in this case, means watching a lot of wrestling.

Oh boy. So much wrestling. It eats up all my time.

Because there is a lot of wrestling in the world, even though most of what you see/hear about is the WWE product. There are some very different ways of arranging grappling matches, and different ways of telling stories in that space. And if you want to see something that goes in a really distinct direction, while still having some of the same foundations (and still being in English), then you want to look at Chikara. 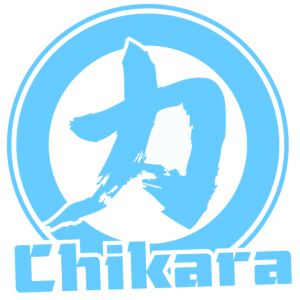 Chikara is a large independent promotion based out of Philadelphia, who put on shows in their own venue while also travelling for some national and even international shows. (They haven’t come to Australia yet, but fingers crossed.) They’re known for solid wrestling that mixes technical and lucha libra styles, a large roster of over-the-top characters, complex comicbook-inspired plotlines and a (mostly) light-hearted, family-friendly approach to the wrestling form.

What does that mean in terms of storytelling, and what lessons can be learned for prose writing? I have many thoughts. And another long-arse post in which to unpack them.

Making the most of what you’ve got

The first thing you notice when you watch a Chikara match is the low production values – well, low in comparison to WWE, anyway. There are no big display screens, no pyro, no video packages summarising feuds – just a ring and some wrestlers performing for maybe 200 people sitting near the stage. But what Chikara does is use those limitations to their advantage, funnelling almost all their storytelling (apart from the occasional, very basic speech-to-camera promo on their recordings) into the ring. That means that stories and character development happen right in front of the audience, who are close enough to the action to feel like they’re genuinely part of it; that keeps them in-the-moment so that they don’t feel distanced from the crazy plot elements. It all works, and it wouldn’t in a bigger, louder, glitzier environment that fostered a sense of detachment in the fans. (Lesson: Limitations provide the boundaries around a creative space, so work with the tools you have to make something distinct and effective in that space.)

Chikara storylines are strange (more on that later), but more than that, they’re long. Plotlines play out monthly, rather than weekly, and a plot point set up in January might not fully play out until December or even the following season. The biggest plotlines play out the longest – I think the current major arc, with the evil god Nazmaldun corrupting wrestlers to make an army of demon heels, has been going for about 18 months – but smaller arcs start and finish in the foreground as the big stories grind on. It’s these big plotlines that hook Chikara fans, and the degree to which the promoters commit to them – for one major storyline, they shut Chikara down for an entire year so that they could return with a bang. But they can also make new audiences feel overwhelmed, they’re vulnerable to real-world changes (like wrestlers getting injured) and they have to be paced very carefully to maintain the momentum. Chikara generally pulls these stories off, but the effort involved is clear. (Lesson: Big stories fascinate audiences and get attention, but you have to manage them carefully, and provide entrance points so that readers don’t get lost in all the detail.)

Diversity ain’t hard (but it ain’t always easy either) Chikara fields a huge roster of wrestlers, with different fighting styles, body shapes, skill levels and performance techniques, and they often host wrestlers from other promotions. WWE’s wrestlers are all ‘competitive athlete’ archetypes; Chikara has many of those but also fantasy princesses, superheroes, clowns, humanoid ice-creams, monsters, cultists, sea creatures, ants (so many ants), dudes with weird names (my fave is FLEX RUMBLECRUNCH) and a man with a mustachioed baseball for a head. And if you held a gun to my head I still couldn’t tell you about 90% of the their personalities or story arcs, because I haven’t had the time to invest in learning about them over those aforementioned long, slow arcs. Chikara has wonderful diversity, but I feel like it comes at the expense of strongly defined characters. (Lesson: try to embed diversity and personality in a small, controllable set of characters, rather than a sprawling ensemble, or else variation comes at the expense of depth.)

So okay, let’s talk about storylines. Chikara’s are weird. They involve demonic corruption, supervillains, time-travel, evil duplicates, mind control, black ops military units, magic… it’s superhero-universe craziness, but with fewer special effects. The shorter arcs tend to be a bit less over-the-top, but still aren’t ‘realistic’, and the in-ring storytelling often involves superpowers, magic and other shenanigans. And the audience loves it, because a) it’s fun, b) it’s underpinned by a foundation of really solid, high-energy wrestling, and c) everyone watching knows coming in that this is what Chikara offers, and that getting on board with it is the price of admission. The price is worth it; this is, after all, a promotion where a wrestler wins matches by throwing an invisible hand grenade at his opponents in slow motion, and you can’t get that on Smackdown.

(Lesson: Know your audience and what they’ll enjoy, then make that without too much worrying about justification. They’ll suspend disbelief and come along for the ride if they’re with you.)

Using structure to set up stories

The other, less obvious thing about Chikara’s plotting is how it actively uses the trappings and structure of genuine athletic competition as a storytelling foundation. Like most promotions they have single and tag-team champion belts, but wrestlers have to gain points in order to qualify to compete for those belts; they also have a variety of trophies and other prizes, and tournaments to qualify for them. These elements help to ground the crazy stories, but more importantly they provide a reason for two (or more) wrestlers to fight in the first place – which then opens up storytelling space for more personal issues or feuds to emerge from that initial match. The upshot is that every match, no matter how ‘standard’, feels like it has a reason to exist (something WWE often fails to achieve). (Lesson: every action/conflict scene needs a premise (why they’re fighting) and stakes (what they win/lose) in order to connect to the reader.)

Chikara are a family-friendly promotion, with storylines and ring action meant to engage and entertain kids (and adults). They back this up with some pretty strict performance rules – no blood, no swearing, no sexual content. But murder? Murder is fine. Many wrestlers and side characters have been ‘killed’ in the ring by heels and monsters; a long-running storyline saw the supervillian Deucalion murder more than a dozen wrestlers before he was himself killed by the heroic Icarus. So – kid-friendly, except full of death. Is that weird? Kids don’t think so, because kids love elements of horror and danger in their adventures – just listen to the stories they tell each other – and they can differentiate between fun horror and real my-parents-scream-at-each-other-every-night horror. Sanitised, stylised death raises the wrestling stakes in a way young audiences can enjoy, and it can do the same in many other stories as well. (Lesson: Everybody loves murder. Everybody. Go drop a murder into your Regency romance novel right now; it can only help sales. Especially with kids.) 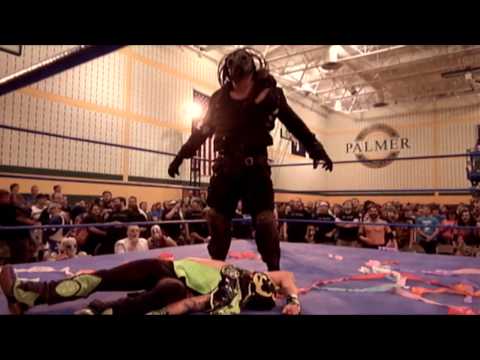 Oof. That was long. I gotta get these things under control.

If you’re interested in checking out Chikara, almost all of their shows going back 16 seasons (years) are available to stream on their website through the Chikaratopia service; it costs $8 US a month, and you can trial it for a week to see if it’s your speed. If you want to get in on the ground floor of stories, start with the beginning of Season 15 or 16; if you want immediate action, watch one of the King of Trios multi-part specials, which is their annual three-person tag tournament that brings in many wrestlers from other promotions. (I hear this year’s was particularly good; watching it as soon as it’s up.)

But be warned when you watch it. You might be exposed to the most illegal move in all of wrestling history: