I’m back from New Zealand! It was a very busy business trip that involved stops in Auckland and Wellington, long drives on both windy mountain roads and endless grubby motorways and many, many meetings with teachers and authors. It was really productive, and it’s going to have a significant effect on what I do for my day job over the next year or two. 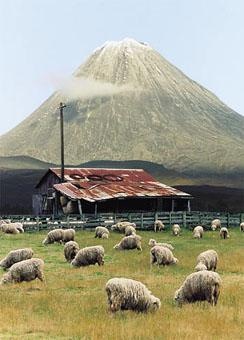 Which, of course, isn’t what this blog is about. So let’s move on.

The downside of spending all week working is that I had very little time or energy to work on The Obituarist, and as a result the release date on that is going to slip. With the other things I have to do this month – more on that in a bit – I’m just not going to have time to do more than a chapter a night, and this draft is still only at the halfway mark, so I need another two weeks minimum to finish it and then at least two more weeks to get it edited and take in comments from my crack team of Alpha Readers. So it’s looking like the end of April (if not later) before it’s ready for release.

Am I making excuses for myself? Um. Maybe a bit, yeah. If I really, really knuckled down on this book and did nothing else in my free time I could get it ready sooner. But I don’t want to do that, because it wouldn’t be much fun and because I don’t think the book would benefit by being rushed like that. Still, I should be trying to turn this around faster, and I will do what I can to speed things up, such as focusing on it over the 4-day Easter weekend. And getting a cover organised sooner rather than later.

So what am I doing this month? Going to the Comedy Festival, naturally. Not just because I like going out and laughing at things that are funny, although that’s a super-huge part of it. But I’ll also be writing reviews for The Pun – half-a-dozen shows at this point, and possibly more as time goes on. I’ll link to URLs once they’re written and up, which will be of little interest to readers outside Melbourne, I know.

I like writing reviews because it gets me out of my comfort zone and gets me writing in a different mode, and to a tight wordcount to boot. (I also like the free tickets, let’s be honest.) However, while in previous years I’ve also written mini-reviews of every show I’ve seen and posted them to LiveJournal, this year I’ll probably confine myself just to the Pun pieces. That’s partly so I can keep focused on The Obituarist – see, work ethic! – but also because of some conversations I had last year about reviewing and about comedy. There’s a critical vocabulary about comedy and its construction that I don’t as yet fully understand, and until I can really pull apart and analyse an act in depth, I think I’d provide a better service by writing a small number of reviews and giving each of them full attention than a large number of weaker reviews.

Plus, you know, I’ll be going to shows a lot because N. works at the Festival and I want to see my wife. She’s lovely.

The other thing that happened in NZ was that I got to give my new Kindle a heavy workout, burning through a large number of ebooks on flights and long car rides. That was excellent for a number of reasons, in particular the chance to see how different authors and publishers format ebooks and the way they use headings, different font sizes, bookmarks and other tools to make a more easily/usefully navigable text.

I also saw how easy it is for odd formatting errors and hiccups to creep into even the most professional of ebooks – blocks of text in the wrong font, strange indents, italics being interpreted as headings rather than emphasis and lots of other artefacts of the conversion process that sneak through because someone hasn’t gone through the finished file line by line. (Which, incidentally, would be easier if Kindle Store authors got free access to download their own titles rather than having to pay for them.)

So anyway, what I’m getting at is that as part of publishing The Obituarist, I’ll be doing heavy passes through all my existing ebooks (both on the Kindle Store and Smashwords) and more than likely uploading new versions of all of them that improve the layout and correct any formatting errors. Which will give me something to do while my readers kick the shit out of this draft.

Now, off to have a drink and see a show! And then to come home and finish another chapter.

Nose to the grindstone. Nose or arse. My promise to you.