December brings many things. It’s the start of summer, or winter if you live in the parts of the world where displays of fake snow in store windows makes any kind of sense. It’s the point where stores put fake snow in their windows to mark the beginning of Christmas… actually, wait, I’m being informed that that started back in like October, so whatever. It’s the end of Movember, and millions of dudes around the world rejoice in the money they’ve raised for men’s health before shaving off their lopsided pornstaches. 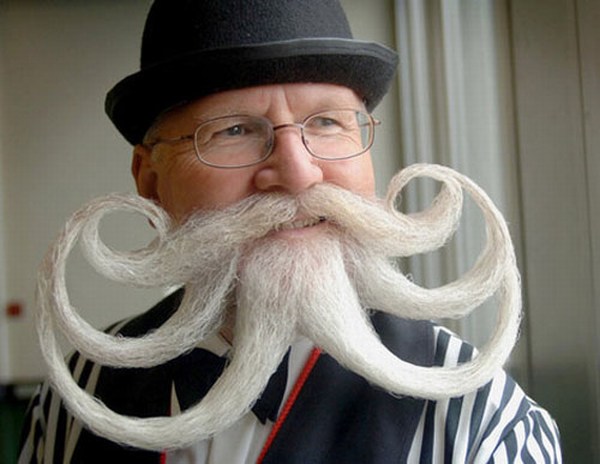 And it’s the end of NaNoWriMo, a time when writers of all stripes look at what they managed to put together over November and either high-five themselves for crunching out the first draft of an entire model or berate themselves for falling short. The later of which is a crying shame, and I don’t mean ‘go cry in bed with shame while drinking vodka straight from the bottle and watching Murder She Wrote reruns’; let’s reserve that for messy break-ups or giving up on ever defeating the final boss fight in Dragon Age. (Just reduce the difficulty; no-one else will care.) Whether you finish your book now, next week or next year, you wrote a book – be proud of that.

(Chuck Wendig, naturally, has written a post about this; go read it and pretend I said something roughly similar and half as clever.)

But talk of winning and losing NaNo, or anything else connected with writing, makes me think about talk of ‘success’ and ‘failure’ as a writing, and what that means, and that’s something I’d like to talk about.

Lots of people on the interwebs will tell you how to be successful at writing, or acting, or bicycle repair or whatever – and a few of those pieces of advice are worth following, because they’re about craft and the actual process of laying down words/lines/grommets. But most start with the concept that ‘succeeding’ means ‘finishing a novel’ or ‘getting published’ or (all too often) ‘making bags of money’ and aim all their ideas there.

And I think that’s kind of bullshit.

Not that I am against making bags of money, and if anyone would care to offer me a six-figure advance and a three-book deal on the back of Raven’s Blood then you and I should talk very soon. VERY SOON.  But is that the only signifier of ‘success’? Is it getting a book on shelves? Getting the majority of the money from the sales of that book? Getting stories into major magazines? Getting optioned for a movie? Making people cry at the ending? Having your mum finally say that she’s glad you didn’t take up football?

All this rhetoric is going in one fairly predictable direction, so sing the refrain with me, kids – There’s No Such Thing as One Right Answer for Everyone!

I get why we hold up making money or getting published as the metric of success – they’re concrete, objective things that everyone can see you have achieved. Plus, money can be exchanged for goods and services, which is usually a worthy benefit. But society focuses so much on that metric that others – that the notion that there can be others – gets drowned out and maybe forgotten.

Not forgotten by everyone, thankfully. Short story writing is in a new boom period, despite the fact that no-one’s made big cash from short fiction since the days of Raymond Carver. Despite people saying blogging would be killed by Twitter it’s still around, still seeing great essays written by thousands of people who make no money from it. Hell, speaking as someone who simply does not get the idea of writing fanfiction, everything I hear about that community is that the people in it write for the sheer pleasure of expressing their fandom ideas and sharing them with others just as passionate, and that’s something I can get behind. (Please don’t spoil this by telling me that fanficdom is in fact a nest of vipers, I beg you.)

This is all very kumbaya-let’s-hold-hands-around-a-bonfire-made-from-copies-of-Ender’s-Game, I know. But I hate seeing writing peeps on Twitter and Facebook beat themselves up because they couldn’t juggle work, life and insane wordcount targets to finish their NaNoWriMo book. I hate hearing writers at GenreCon and the Emerging Writers Festival put themselves down because they’re not making a living from the thing they care about. And man, I hate it when writers describe themselves as ‘aspiring writers’ when they’re already writing! When what they aspire to is this vision of what a ‘real’ or ‘professional’ writer should be, instead of being proud of the work they’re doing and looking forward to developing their skills and discovering their voice.

So if you’ve missed a deadline, fallen 10K words short or can’t work out how to leverage your paranormal romance trilogy into a house deposit… well, work on those things. Goals can be met; obstacles can be overcome. But in the process, work out exactly what it is that you want to achieve with your writing, and just what helps you achieve that dream – and chase after that, rather than what someone else tells you is what you should be aiming for.

Before you call yourself a failure, work out what success means.

Before you get down because you haven’t succeeded, sort out how much further you are to that goal than you were before.

Before you decide that you can’t succeed, belay that shit.

If I can manage those two things, I feel like I’m a real writer.

My aims are simple. But they’re heartfelt.

And I reiterate, I am willing to talk to anyone about six-figure deals. We can go down the pub. I’ll buy all the beers.