Everybody dies frustrated and sad and that is beautiful

No, I’m not depressed (I’m pretty much never depressed), nor am I quoting They Might Be Giants lyrics just because I saw them live earlier this month (an excellent gig). It’s just that I’ve been thinking about failure, as I am often wont to do, particularly on those days when I blow my own self-imposed schedule of writing blog posts on Sunday nights.

I like stories about failure; I like books where the main character sets out to do one thing at the start and ends up doing something fundamentally incompatible with that at the end. You know, books like Michael Chabon writes; pretty much all his novels are about failure on some level, especially Wonder Boys and Telegraph Avenue, both of which I loved. (His other main theme is dysfunctional father-son relationships, so it’s really like he’s writing books just for me.)

Stories about failure aren’t that popular, which is hardly surprising; we tend to prefer stories about success and overcoming odds, which are cathartic and dramatically satisfying. Last night we saw Star Trek: Into Darkness, for instance, which was well-produced and thrilling enough (albeit a bit ordinary on the whole), but there’s nothing in that movie about failure, and nor should there be. That wouldn’t be much fun. Still, sometimes you don’t want fun; sometimes you want to taste that human sadness, and a story about failure has that salty flavour.

So if you want to write stories that melt like mediocrity on the tongue (yep, taken the metaphor too far again), here are a few pointers on how to mix the recipe (doing it again PULL OUT PULL OUT):

Genre stories of almost any stripe are rarely appropriate for fail-stories. You could say it’s because genre stories are about plot and fail-stories are about character, but that’s too reductive. Better to say that genre is about exploring ideas and seeing them through to fruition; fail-stories are is about swerving away from that fruition. We want to see the Dark Lord defeated, the mystery solved, the hot plumber nailed harder than Jesus; dash that expectation and there’s not much point in continuing. So fail-stories are generally the traffic of lit-fic; you can pull off something downbeat and melancholy and frustrated in genre, sure, but if you’re not Ursula le Guin maybe it’s best to try something else.

The other thing about fail-stories is that they tend to be either short or long, not medium-sized. Short stories are good fodder for fail-stories, because you can get in, set parameters, subvert them and then get out before anyone has a chance to get disappointed, like jazz in a minor key. Longer stories give you more opportunity to build connection and empathy for your main character (see below), which makes the process of failing more viscerally satisfying. Going for something in between, like a novella or a serial fiction, is trickier.

Like I said, it’s not about prioritising character over plot, except that I lied and it totally is.

If we don’t care about a character, their failures are just boring; if we do care about them, their failures consume us. If we can put ourselves in their shoes and want what they want, need what they need, then their inability to gain those things hurts us, reminds us of all the times we fell short ourselves. To hit that point, we need more than just interest in or enjoyment of a character; lots of people like James Bond but a film where he failed to save the world would not make us happy.

What we need is to identify with the character, rather than idolise them. They need to be someone at our own level, be that conceptually or emotionally or what-have-you; they need to be someone sharing our skin. We need to understand their choices and their pain; we need to be able to nod knowingly and think yes, I’d have done the same thing, damnit. Without that sympathy, we don’t care that Jane Doe didn’t find true love among the dugong-people of Neptune and instead became a Venusian hermit, we just feel frustrated that all that hot manatee-love didn’t materialise and oh God this example has gone very wrong. 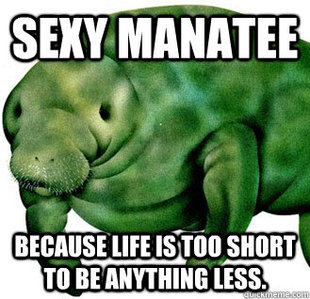 Look, no-one wants to read a book where the protagonist just gets his face rubbed in dogshit for 200 pages and then it’s the end. (If you do, please stop reading my blog, you’re creepy.) An engaging narrative has a constant escalation of challenge-response-challenge, a rising tension throughout the story’s arc – and to keep that arc rising in a fail-story, your protagonist still has to meet and overcome some of those challenges, just like in a regular and-then-he-saved-the-world-from-the-Star-Groaties novel. And no, you can’t just have him win at everything and then fuck up at the final hurdle, because that would just be shithouse.

Instead, your protagonist needs to win at the things that don’t matter to him and fail at the things that do, and what that means will vary from story to story. If the hero has to solve a crime while also keeping his marriage intact, you need to decide which of those is what matters to you, and thus which is what will matter to the character (and the reader). That usually means the one that’s most emotionally meaningful; a story where the detective gets closer to the killer while his marriage falls apart is more interesting that one where he can’t make sense of any clues but his husband can’t wait to go on dirty weekends with him. Go back to empathy; we understand those personal, human failures more than the fictional ones, so that’s where the focus needs to go.

Set stakes and then reset them

At the start of a story’s arc you define the conflicts and the stakes; this is what’s going down, this is the opposition, this is what will happen if the hero can’t get her shit together – and, most importantly, this is what the hero will have to sacrifice to reach her goals. This isn’t new; this is Storytelling 102, after the course in hey-maybe-your character-should-have-limbs. (Unless it’s important for the story that he doesn’t have limbs, which is cool too.)

The key manoeuvre in a fail-story is revisiting those conflicts and stakes around or just past the halfway mark of the arc and giving the character the opportunity to question them – to say ‘shit, maybe I’m not prepared to give up the thing that matters to me to obtain my goal’. I don’t mean that abstractly; I mean that the character has to confront that dilemma within the narrative, to question everything they’ve done before that point. And that’s the point where you posit new goals, conflicts and stakes; that’s the point where you lay out signposts to an alternative ending, one that both the readers and the characters can see.

Failure is a choice

And once those signposts are in place, you put it on your protagonist to decide while the reader is screaming in his ear no no turn back not that way! Because failure due to incompetence or intellectuality isn’t fun to read about, it’s just frustrating; it’s like a gaming session where the player rolls a 1 in the final session and bang there’s two years of the campaign fucked. Failure matters when it’s deliberate, when the hero throws in the towel, turns her back on the fight; when she decides that the TKO isn’t as important as going back to art school, or whatever. Because in the end, an effective story about failure is a trick – it’s about success after all. It’s just that what ‘success’ means by the end of the story isn’t what it meant at the start. For example, Wonder Boys starts with Grady Tripp defining success as finishing his novel; by the end he defines it as being a decent husband and father, even if that means giving up on his life’s work. He fails at his first target, but that’s okay, because it stopped mattering to him as much as the second one – and because Chabon built empathy and immersed us in Tripp’s head and heart, that’s what matters to us too. Through an act of narrative aikido, the direction of the story’s desire is turned upon itself, and the character makes the choice to be flipped onto the mat.

It’s not failure. It’s just realising that you prefer the taste of defeat. And the reader, hopefully, will too.

I hope all that made sense. It’s been a long day. If not, I admit defeat OH SHIT YO SEE WHAT I DID THERE ah never mind.

As a counterpoint, next weekend I’ll talk about narratives of awesome success and how to make them not suck.

Because if anyone knows about awesome success, it’s me.

Sorry, I have to take issue with one of your examples.

Yes, he always saves the world, but there can still be an epic failure at the end. I give you ‘Casino Royale’ and ‘On Her Majesty’s Secret Service’.

Okay, OHMSS isn’t a high point in the Bond canon, which is a pity since it could have been one of the strongest precisely because of the failure at the end. (The book also has a fairly silly espionage plot, but a strong relationship plot which leads to the powerful ending.)

And ‘Casino Royale’ (the book) also has an absolute kicker of an ending, which the film kind of cut back on, but not entirely.

So these two (the books especially, the films to a certain extent) actually support your argument about failure. Because what sets them apart from many of the others is that you do (ideally) connect more with the protagonist. And the element of failure – and particularly personal failure coming after worldly success – is what makes them memorable. And maybe (as you say) it doesn’t make us happy. But it does make us care about him as a person. IMHO.

[…] Fail to win, win to fail No one in the world ever gets what they want and that is beautiful Everybody dies frustrated and sad and that is beautiful No, I'm not depressed (I'm pretty much never depressed), nor am I quoting They Might Be Giants lyrics just because I saw them live earlier this month (an excellent gig). It's just that I've been thinking about failure, as I am often wont to do,… […]