Specifically, I suck – or have been sucking – at working on Raven’s Blood, my YA fantasy novel. I got off to a good start with it earlier this year, laying down chapters quickly and collating my ideas, but then I started running out of steam and getting distracted. And so, for the last two or three – ah fuck it, probably four – months I have written sweet Fanny Adams on this project, despite really wanting to tell this story.

It’s not ‘writer’s block’. I’m honestly not sure what that’s meant to be, but if it’s about not knowing what to write next, I’m fine – I have a headful of plot points and half-finished scenes to continue with, but in terms of actually sitting down at the computer and typing them into Word, I keep coming up short. And this is not a new issue; this had happened with almost everything I’ve done, because I’d always prefer to have written something than I would actually writing it.

Life is simpler when lived in the past tense. Or with the boring bits compressed into montages.

Okay, so I suck. How can I suck less? How do I get back to work and regain the momentum and focus I need to write this book?

There are several things that have worked for me before when trying to wrench myself back on track, and hopefully they are things that can work for other people too. They’re especially appropriate for folks (like me) who aren’t full-time writers – those who have to pull the time and energy to write out of a day that also includes a job or other things that demand the bulk of their attention.

Many writers set aside a specific block of time every day for writing. Some start writing when the clock hits 9am and don’t stop until it hits 5pm; others, like my idol Raymond Chandler, don’t have to write during that time but won’t allow any other occupation but writing during that time, so it’s either write something or stare at the wall and contemplate eventual masturbation. Blocking out even an hour or so a night that is book-writin’-time can be a powerful thing, and it’s what has saved me on a number of occasions. With The Obituarist, I made myself write one full 1000-odd word chapter a night most nights, which then pressed me to work out the plot points in my head during the day; with Hotel Flamingo I signed up for a full-instalment-every-Sunday-night schedule that kept things rolling and built anticipation in the readers. More than anything else, this sort of clock-in-and-do-the-work approach can do the trick.

I like video games. I like them like they were blue meth. And like blue meth, I don’t do much writing if I can jam a copy of Assassin’s Creed II into a glass pipe, melt it into liquid smoke and drag it into my lungs and okay this metaphor is not working any more. My point is that I am easily distracted, and that I get more work done when I minimise the distractions and make sure that my precious writing time is not stolen away by fripperies. Delete the games, hide the graphic novels, turn off the friggin’ internet; isolate the things that occupy your attention and bar them for a while. This may leave you feeling bored. You know what might alleviate that? SOME GODDAMN WRITING.

(Obviously loved ones, family members and people precious to you are not ‘distractions’. They are your reason for working in the first place. So tell them this, and then LOCK THEM OUT. It’s for their own good, because you’ll just be a grumpy bastard around them anyway.) 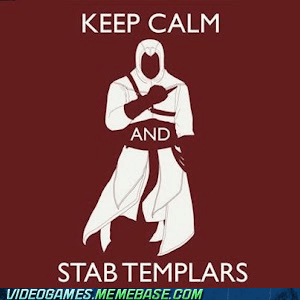 Write something else for a bit

If the current project is sitting like poison cement in your head and giving you imagination tumours, take a time out and write something else. Try a short story, or some microfiction, or maybe a blog post (unless the blog posts are the things that distract you from the fiction, which is the case for some of us AND YES I MEAN ME). I’ve written a few short pieces this year (available for free download!), and sometimes this is the shake-up that I need; sometimes I write something else and then find myself right back at the same goddamn point I started at. It’s not a perfect tactic – but hell, if you wait for perfect you’ll never get a damned thing done. Trust me, I checked.

I work all day on a computer looking at manuscripts. This makes it very hard to come home and write my own manuscript, because I feel like I’m still at work but not getting paid for it. WHICH IS NOT FUN. It’s important to mentally change gears in some way as an intervening step. Go for a bike ride. Cook dinner. Drink like a pint of rum. Draw some kind of line between what you did for the last 10 hours and what you’re doing now, even if – especially if – it’s pretty much the same thing. Make it feel like the undiscovered country. That’ll motivate you to discover the shit out of it.

Do you sit in your study and write nothing on your computer? Take the laptop to a cafe and spend an evening working there. Do you usually bump fat tracks as background music? Try writing in silence. Are you usually drunk? Hey, me too! But maybe it wouldn’t hurt to try doing a chapter sober for a change. Shake that mental iPhone to stick things on random; it may not work, but the uncertain promise of maybe getting shit done is better than the writ-in-stone certainty of doing nothing.

Hooray! You wrote a chapter! Reward yourself with a beer or a smoke or an hour of vigourous sex. You did a good job, and you deserve a reward. More importantly, you deserve the psychological conditioning that encourages you to write because that’s how you earn those sweet beers and orgasms. Dangle that carrot in front of your face, mofos; generations of donkeys have operated under those conditions and they haven’t complained about it. Well, maybe they did, but to honest I don’t speak Mule.

As well as the carrot, there is the stick – or, more usefully, the threat of the stick. Get someone else to set a deadline and promise dire punishment should you fail to meet it, like reduced royalties or no more organsms ever again. I won’t pretend that I was ever good at meeting deadlines (just ask Justin Achilli), but having them was way more conducive to my workload than not having them. And if you can’t get a publisher or agent to warn you that you’ll never work in this town again, surely some kind of family member can threaten to cut you off from their will if you don’t finish 10 000 words before Christmas.

Plus! The following is a super-secret advanced technique that has worked for me in the past. I cannot guarantee it will work for anyone else, and I do not not advise you to try it haphazardly or without the advice of a trained medical professional. But if you are desperate to break out of a writing funk, this may be the Hail Mary pass that does the trick:

Stop fucking whinging and just fucking write, you little shit, it’s not like this is hard fucking labour

Because Jesus shit, you’re not digging ditches or doing brain surgery, you’re just writing some bullshit about Batman with a sword; put aside the wah-wah pedal and just fucking do it. God, you make me sick.

Shame, guilt and self-loathing; that’s the fuel in my reactor. I always go through these periods of doing fucking nothing and feeling bad about it, and eventually I feel so sick of feeling bad and of writing nothing and of being no-one of meaning or import that I finally crack and get to work purely from a sense of existential sickness and self-hatred. And it works for me!

WARNING: This is a terrible goddamn mindset and should not be attempted by anyone. Well, unless it works. In which case, TYPE FASTER YOU LOUSY SLACKER. So. Those are my ways of getting my arse into gear, and I’m putting pretty much all of them into effect over the next week or so – writing to a regular schedule, free of distractions, and hating myself for my weakness until I get a first draft finished. Hopefully by the end of January.

How about you? Any tips or tricks for getting yourself into a productive space? Or are you one of those lucky souls who actually enjoys writing for its own sake? Answers on a self-addressed envelope mailed to the leave-a-comment button.

Next week – more discussion of the book I’m failing to write!

That’s a pretty good list of techniques that I routinely shirk. Seriously. I do all of those and at most I can make them stick for a week or two before I slack off and backslide.

Last week I gave myself a (completely achievable) word count challenge of 4200 over seven days, but after cruising along at a little over 500 a day I fell in a heap over the weekend and wrote not a word. the week before that I allocated time each day *and* prepped an outline of everything I was going to write in each session – nope.

Realistically, the only one that works for me most of the time is the last one. I’m not afraid to use harsh language on myself either, because I know I am a shiftless fucker.

My experience of writer’s block was less “fiddlesticks, out of ideas” and more depression and panic attacks wrapped into a tight, poisonous ball and then coated with delicious self-loathing.

But fixing that is probably beyond the scope of this article.

That’s obviously a very different situation, and one I don’t think I’ll ever be able to speak to. I’m just not wired that way.

Hmm. Maybe I should ask you to guest-blog about it…

[…] A writer's guide to kicking your own arse I suck. Specifically, I suck – or have been sucking – at working on Raven's Blood, my YA fantasy novel. I got off to a good start with it earlier this year, laying down chapters quickly and collating my ideas, but then I started running out of steam and getting distracted. And so, for the last two or three – ah fuck it, probably four – months I have written sweet Fanny… […]

put aside the wah-wah pedal and just fucking do it!
awesome bro, I just had my wah stolen after a gig and was bemoaning my future of playing gigs for liars and thieves, plus cant afford a new one…you have inspired and challenged me to rock on sans wah